The project in Summary

The five-year project "Models of plant breeding and agronomic techniques adapted to local climatic conditions" (Acronym SEMENte parTEcipata) funded by the European Union under the LIFE program, involving as leader the Department of Production Sciences Agri and Environment at the University of Florence and as a partner Navdanya International Onlus, the Wheat Growing Experimental Consortium for Sicily for Sicily, FIRAB (Italian Foundation for Research in Organic and Biodynamic Agriculture), the Province of Grosseto, the Marche Region and TERETO (the Regional Entity Tuscan Land).
Also participate in the project farms in Tuscany, Sicily and the Marches, experimental fields, where farmers themselves will be active participants in the study and the selection of the durum wheat mixture of old varieties.

The project is aimed at the conservation of germplasm of durum wheat (Triticum turgidum subsp durum L.) and other species of the genus Triticum as polonicum, turanicum, dicoccum, from germplasm banks of the participating regions and collections of ancient varieties requests from national and international germplasm banks.
Also through evolutionary selection participatory project aims to achieve improved varieties in the ability to adapt to the weather conditions and local soil, a feature not found in conventional varieties, but crucial to the survival of agricultural production, in response to the new global changes.
The potential of evolutionary selection is just to use a gene pool that is in constant evolution, therefore able to cope with the different adversities that arise.

The new agro-ecosystems will be more resilient to climate change as well and adapted to local conditions.
The project will foster a production system that requires less energy input, which allows a reduction of the cultural practices and maintaining soil fertility, thus stabilizing production over time.

Seed selection will be carried out together with the farmers who will then maintain and reproduce their own seed, thus becoming active custodians of biodiversity. These innovations have a positive impact on farmers' income, the production costs will decrease and the value of the products obtained from a local integrated supply chain will increase.

Will be particularly interested in using these populations or varieties farmers
leading organic growing. The modern varieties, in fact, have been selected in locations far removed from the growing environments using conventional agricultural systems that are difficult to be grown in different locations and with biological management, because in biological management is strongly determinant factor environment. The strategy is to adapt to the environment genotypes and to dramatically reduce the inputs.

Furthermore, the new variety will have better quality and nutritional characteristics and in particular it is expected that may be more suitable even for people with different types of intolerance, including celiac disease, which affects a growing percentage of the population. The project will thus have a positive effect on the whole chain of wheat, for example, bakers, pastry chefs and restaurateurs, and of course the consumer.
The varieties selected in different territories will indeed be assessed in function of technological characteristics and nutritional aiming to implement local production chains. The specific nutritional qualities allow processors to offer new products based on cereals with improved nutritional characteristics.
Bakers, pastry chefs, pasta makers will benefit in offering products made from these grains that can be used by people with gluten sensitivity and in broadening the range for people who do not have this problem. 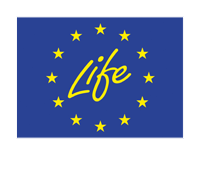 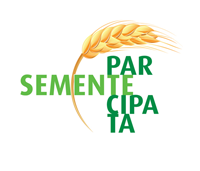